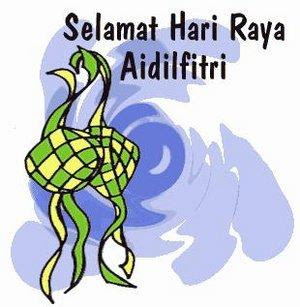 MERDEKA! - The 52 years of neglect 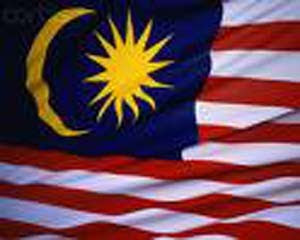 Happy MERDEKA folks! Hope its not too late wishing MERDEKA, been really busy!
Or, is it really a happy MERDEKA? Our super slo-mo economy, our carca-marba politics and hosts of other pain in the asses.. As if that's not bad enough the recent head rolling turn of events coming into this MERDEKA really tells us that our communities relations are in the pits. Pig's head had rolled, cow's head had rolled, I shudder to think what kind of head would rolled next.
Let's just hope that the only head that roll the next time is the red snapper head - or kurau or senangin etc, like the one I had buka time yesterday. Naahh! not curry for me, it was smokin' spicy 'masak lomak cili api'. Mama mia! It was sooooo good, quoting my late grandfather.. "sampai becemat selemo kek dinding".
But seriously folks! What do you expect when after 52 year of nationhood you have people calling themselves Warga Bangsa Malaysia making a mockery of that very notion? They cannot even master the basics like sings the Negara-ku or recite the Rukun Negara or even speak Bahasa Malaysia properly, let alone know what being a Warga Bangsa Malaysia entails with regards to clauses in the constitution. Any wonder that some of the causes they fight for, their demands and their actions are bordering on being subversives?
This is a major pain in the ass that have its roots in the vernacular schools. It such a no brainer.. 'Bahasa Menunjukan Bangsa' and it follows that 'Bahasa Malaysia Menunjukan Bangsa Malaysia'. How can people who call themselves Warga Bangsa Malaysia in their formative years learn and absorb the rudiments of their Bangsa Malaysia identity communicating ideas, images and folklores, in the classroom receiving instructions from teachers and mingling among themselves in the canteen or playing in the playground, in languages of Far-Flug-Places. It is just not done..
It makes a mockery of the constitution for the national language to be just mere one of the subjects in schools and not its medium of instructions for all subjects. Scenes from the series 'Mind your language' - imagine the Malay version, would surely be an apt description for a typical Bahasa Melayu class in the vernacular schools. That's what you get from immigrants, not from people whose forefathers came here in their rickety tongkangs around the turn of last century, who had been accepted as citizens, who over the years breeds according the fibonacci sequence and flourished on the bounty of this land.
This language-nation relationship and the influence of a single national school system with the national language as medium of instruction in moulding a united citizenry are so fundamental to the idea of nationhood, it could not have escaped the British - who brought the immigrants here, and the founding fathers when they were delicately engineering the foundation of the nation. Well! for the British at least it didn't! The vernacular schools are not supposed to be around today.
The British built the vernacular schools with the intention that the immigrants when the time comes will go back to where they came from. It was not in the British scheme of things at that time for the immigrants to stay on and be citizens. The vernacular schools were meant to educate and prepare the immigrants for life when they return to their Far-Flung-Places homeland.
Obviously, the situation with the vernacular schools today is not what we bargained for and we sure as hell didn't bargained for the sorry excuse for a Warga Bangsa Malaysia that the vernacular schools curned out. We have let things slips folks! This is a systematic blunder that had been staring and will continue be staring at our face until we snapped out of our - as of this MERDEKA, 52 years denial and correct this blight in our education system.
Well..! There's time to bitch and there's is time to act folks!
The Demi Negara Blogging Community - DNBC, had sounded the clarion call for SATU SEKOLAH UNTUK SEMUA - SSS, by kicking-off a non-partisan citizens SSS campaign on the eve of May 13th earlier this year.
Since then, the campaign had received overwhelming support, there had been a lot of discussions, it had picked up staunch followings and equally staunch opponents too, namely.. damned! I still can't remember that shortie Wee Deputy Education Minister guy full name, it had created a lot of awareness on the issue among the general public.
The SSS campaign now had reached another milestone, moved up another gear folks! As of 0000 hrs 31st August MERDEKA day DNBC has launched a SSS Portal. The portal is a comprehensive resource on SSS and designed to provide the general public - the silent majority who will make the SSS campaign a success in due time, with details and further clarification on SSS proposal.
Your time to act is NOW folks!
Visit the SSS Portal, read the memorandum to the Minister of Education on SSS proposal, sign the petition urging the government to implement SSS, support DNBC call for a national referendum on SSS, leave comments, join in the discussions or just drop a line to say hi!
Stand-up and be counted folks! Demi Bangsa dan Tanah Air tercinta.
Posted by Wah Al-Subangi at 6:09 AM 2 comments: Links to this post