And with guns blazing.. giving PAS a severe walloping in the Bagan Pinang by-election, concluding a highly spirited GA - badly missing in the last couple of GAs, successfullly amending their constitution allowing 140,000 members to vote to elect their top office bearers and sounding out advice to disintegrating BN parters to follow their lead amongst others, to serve notice of their arrival!

It was an UMNO that the Bagan Pinang voters responded to so overwhelmingly, a development seen as UMNO/BN bottoming-out a downtrend of a series of 8 post 12th GE by-election losses to the PR except Batang Air, thus stemming the the PR 12 GE victory momentum. 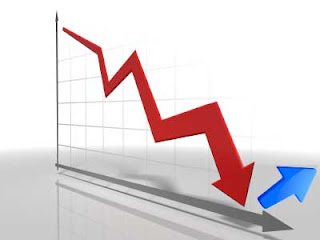 Bottoming-out a downtrend going on an uptrend

An UMNO of Najib's presidency whose chacteristics he masterly articulates in his inspiring speeches to the delegates during the recent GA that got them really fired-up to RISE-WITH-HIM to get right down to business to face the coming 13th GE. A Facebook friend - a senior member of the Pahang state government, was so fired-up that he wrote on his Facebook wall saying he is proud right down to his marrow to be an UMNO member after listening to Najib's speeches. If this is the general spirit of the UMNO memberships it bodes well for them going forward. It sure looks like the FAT-LADY is not about to sing on UMNO just yet! 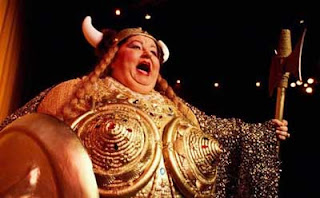 Not singing just yet! Or, maybe the singing
will be on the other side of the divide

An UMNO that came out of the recent GA transformed - spirited and ready to rumble, from the listless and a punching-bag of an UMNO left by Dol-Tidoq. It was a brilliant display of Najib's sedate yet compelling leadership to effect such huge uplifting of spirit. It must scare the sh*t out of the PR leaderships to think that LGE's nonchalant admission of the slight difficulty in dislodging UMNO/BN when talking about Najib's superior leadership of UMNO/BN over Dol-Tidoq's in a recent inteview, may turn out to be their worst possible nightmare. One looks like he's about ready to bail-out.

A notice have been served to the PR!

All that's left now is for Najib and UMNO to put all agendas into operations,  translate all rhetorics into actions and not slip into f**k-ups of old, to execute the notice.