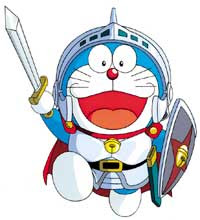 Well, the win was expected but to win that big a margin was something else. I thought Isa would just scrapped through given TDM - that's almost all of UMNO, spat with the MIC - Indians, they are the kingmaker and the naturally rebellious young folks - its a phase that young folks go through.

I was of the thinking that since Bagan Pinang was an UMNO strong-hold why not bring in somebody new, not tainted, to unequivocally commit to Najib's clarion call during the last  UMNO GA to 'Berubah or Rebah' from their Fat-Cat, 'Tempolok-First' culture. And in today's World 2.0 UMNO need to change and be seen as changing from their old ways to remain fresh and relevant. I thought the Bagan Pinang PRK presents an opportunity for UMNO to proudly display to their stakeholders their re-invention.

Well, I guess its not such a cut and dried issue. 'Tainted' as Isa is, the people make it known in no uncertain terms that they want Isa and the top leadership endorse their choice, even TDM accepted it and it pays big!!

PAS cannot make political hay of Isa 'tainted'ness. With just about 1 1/2 years that the PR are in power in some states, they have shown that they are about 1 million miles away from a paragon of virtue. In fact if we extrapolate - with some pretty reasonable assumptions, their bullshit and excesses in the 1 1/2 years that they are in power to what they are likely to be capable of if they had the number of years that UMNO are in power, it's damn bloody scary! Just look at their shenanigans in Selangor and the previously Nizar - the puppet, Perak government, especially for the Malays. Penang is already a goner for the Malays. And Nik Aziz is looking more like a mosque siak than a top moollah trying to justify that every of their duck-ups got an ok from Heaven.

Need I said more about Anwar? He's scraping the bottom of his credibility barrel. His kung-fu and silambam with the courts is about done and he got to face whatever is written in the stars for him, like a man. I have advised Saiful in Facebook to be patient, "..takkan lari Anwar dikejar, hilang kabus nampaklah dia.."

MIC? They were wise not to mess around with the 1Malaysia boss, he can really duck them up, Makkal Sakti is just a bit to show what's up his sleeve.  Rocky Bru have it that Sami Velu is going to be history soon, I guess because of the garland of slippers faux-pas on TDM. Najib is not Dol-tidoq that they can jerked around. From the over 2,000 Indian votes only about 400 went to PAS, going by the report I heard. The young? Going by the numbers probably about 70% went to UMNO, I guess they have gone past THE phase.

The big win just shows an endorsement of Najib astute 'People-First' helming of a-mess-of-a-country left by Dol-tidoq. UMNO is bottoming-out and on a gradual uptrend, come the 13th GE PR will be 'Pakatan Rebah' if the UMNO folks don't get over-confident and not start getting any funny ideas of old, and Najib to always have his fingers on the pulse of the rakyat and moderate accordingly. Hey boss! try listen to the vigorous SSS pulse!