Nik Aziz the wali politician oxymoron wasted no time to rebuild his all important "brand" that was battered recently.
Picture - The brand's image
He was humiliated when PAS leaderships were not amused with him allowing himself to be possessed by a horse saka of Trojan origin and voted his proxy for the PAS Deputy President post Husam Musa out. The episode must have touch a hot button in him.. his branded humble, soft spoken, tears down the cheek 'berdoa' piousness went out of the window and like a man possesed let out a vengeful tirade against UMNO and Nasarudin Mat Isa who kick Husam Musa ass for the PAS deputy president post, telling him to join UMNO.
His composure regained, saw what a complete moron he had became and being the political animal that he really is and realised what better way to rebuild his brand than snatching the initiative as far as UMNO is concerned, but turning the table on Hadi's reconciliatory unity government talk and asking UMNO to a confrontational debate instead. Of course, the rebuilding exercise also included the tried and true, his all fimiliar self-serving holier-than-thou pronouncements, no matter how ridiculous. His latest.. UMNO are followers of Ayah Pin and a communist organization.
Mild by his standard but ridiculous nonetheless, probably part of his rebuilding strategy, nothing too hard for now, or he just got nothing clever to say. At his branded-self best his portfolio amongst others includes UMNO kafir for working with non-Muslims MCA and MIC and the blasphemous 'Allah pun mencarut' to justify a collegue vulgar pu*imak remark.
And UMNO at the receiving end of his self-serving pronouncements almost always could only let out a pathetic whimper in response, heck! some clueless UMNO folks even became his apologist saying he is someone in the know saying things like these. But when PAS decided to work with the Islam-over-my-dead-body kafir laknat DAP, it was just like another day in the office, seems Nik Aziz must have given DAP a 'safaat' of sort. Such is the power of Nik Aziz brand.
Well folks! These looks like nonsense that were happening in the collapsing stages of Islamic empires throughout the ages, when clueless ulamas reign supreme. Their self-serving pronouncements deviated and divided the ummah, their self-indulgence and pre-occupations with their egos were at the expense of the greater interest of the ummah and they soon became so hated that even a person like the kafir laknat Kamal Atartuk were looked upon as a saviour and caused the collapsed Ottoman empire.
And in our neck of the woods, Nik Aziz reign supreme.
Posted by Wah Al-Subangi at 7:27 AM 1 comment: Links to this post 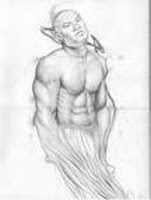 Well folks! It looked like it was a major flip-flop on PAS part with regard to their unity government read Malay unity, proposal.
At a time when the Malay/Muslims are indulging in their perennial favourite pastime - fighting one another silly, hell bent on snuffing the life out of one another with a 'menang jadi abu, kalah jadi arang' passion - a recurring theme that in the past had enabled foreigners to easily drive wedge between contending Malay/Muslims, fragmenting and weakening them, that had seen them stuck in continous cycle of foreign subjagations over much of their 600 odd years of written history; PAS call for unity government was a reprimand to all players in the current hightened political drama that had gone awry for the Malay/Muslims, putting them in danger of succumbing to a more subtle subjagation of today. The puppet PAS-helmed former Perak government was sort of a case in point.
PAS after all is a Malay/Muslim party and knows pretty damn well on which side their bread is buttered and the call was a no-lose situation for PAS whichever way it flipped, or flopped for that matter. It was well received by the Malay/Muslims who are generally sick and tired of the brazen attack on the Malays/Muslims constitutional rights by the non-Malays at their moments of weakness. The battered UMNO.. they prayed hard for it to happen. The episode culminated in the Hadi, Nik Aziz proxy fight for the PAS Deputy President's post in the recent PAS muktamar which Nik Aziz uncharacteristically lost.
It was PAS expressing themselves putting in their proper places Anwar's Torjan horse Husam Musa and his puppet Nik Aziz partnership that had been a thorn in the party's ass off late. Trojan horse and puppet partnerships - not unlike the recent UMNO's KJ and Sleepy Dol partnership, seems to be in vogue these days but PAS had seen the implosion the duo caused UMNO and want to guard against that ever happen to PAS.
Some say Nik Aziz is not a mere politican but a brand, and more.. a revered Tuan Guru and to some folks a wali. All that notwithstanding, it was PAS saying that he had overstretched the respect and influence accorded to him for all his lofty positions seen and unseen, and it was quite unbecoming of him to allow himself to be cluelessly possessed by a horse saka of the Trojan kind, whose master is said to be a back stabber in more ways than sticking a knife on one's back.
To Anwar, antagonist-in-chief of the current post 12th GE heightened political drama, mainly due to his need for an expediated political solution with him as PM, to save his ass from what seems to be a water tight - going by the grapevines, upcoming career-terminating spend-time-in-the-slammer criminal case against him in court; its PAS exorcising his horse saka out of their system and giving a thumping blow to his gambit to get PAS to be a party to his wayang troupe to further hightened the drama politicizing his criminal case to save his sorry ass. Its PAS short of saying.. sorry bro! your ass is grass.
To the non-Malay ingrates, its PAS scaring the shit out of them with the unity government call. A friend joked in response to PAS call the non-Malays will have their own unity thingy.. and called it the 'Liberated Association of National Chinese and Indians Alliance Union' or LANCIAU in short.
To UMNO, they better clean up their act. Its PAS saying they are readying themselves to be the mainstream Malay/Muslim party, else they have to give an arm and a leg to get PAS be in a unity government with them, that is if they even want to be a party to it.
Well! PAS flip-flopped back to their iffy status in the PR coalition for now - but one thing for sure this is not the kind of clueless flip-flop that Sleepy Dol was prone to do when he was PM, the messages have been sent out loud and clear and everyone now know their proper places.
Posted by Wah Al-Subangi at 3:50 PM No comments: Links to this post

SSUS - Stand-up and be counted! 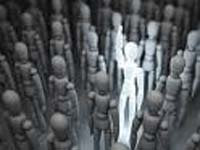 Folks! The SSUS campaign lunched by the Demi Negara community on May 12th have been a huge success, thus far!
At a time when Malaysian lifes are shrouded with fear, uncertainty and doubt, infused with divisive politicking that has run totally out of alignment hacking away the very foundation of the nation, SSUS presents an elegant, logical not to mentioned fit-and-proper solution to the question of Unity and the creation of a truly Warga Bangsa Malaysia that made a lot of sense and everyone to sit up and listen.
In just a little bit over a month, SSUS have caught on like wildfire and has outgrown its online abode i.e. blogsphere, later Facebook and made it to the MSM, the newspapers and TV and now to you folks, the public at large.
We have seen closeted racist opportunists raving and ranting threatening police report and legal suit against citizen-bloggers supporting SSUS, thus exposing who they really are. And we have seen some ardent proponents.
We are telling the government to stop dodging the menace of vernacular schools - sweat shops for production of far-flung Bangsas that are parasites to our coverted Warga Bangsa Malaysia, and exterminate the parasites NOW! And we are telling this clueless racist and his likes to cease and desist!
We can talk and talk until the cow comes home folks! Or the similar Kelantanese expression here. But we have talk the talk and now its time to walk the talk. The Demi Negara community have upped the ante, they are putting to you folks a simple YES or NO question to SSUS, to Unity and to a truly Warga Bangsa Malaysia, and don't be distracted and lari from topic.
Here's the deal folks! Stand up and be counted! Support Demi Negara's Call for a National Referendum on Vernacular Schools!
Posted by Wah Al-Subangi at 12:17 PM 1 comment: Links to this post