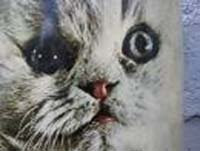 Shit have really hit the fan for the PR with Teoh's death.
These days the PR CAT slogan is more apt describing the corrupt CATs - kucing kuraps, that are running the incompetent, unaccountable and opaque administration in Penang, previously Perak and Selangor state governments.
There was the initial customary disorentation as a result of Teoh's death, the what the duck happened stuff, you know.. the clueless mousedeer oblivious to the trap kind of disorientation, as the Malay would called it. They were one supposed to be doing the trapping on the BN remember! Suddenly out of the blue the PR got trapped by their own corrupt kucing kuraps misappropriating funds and associations with the underworld, that became fodder to a power struggle for the Selangor MB post that lead to the MACC investigation and in the course of which Teoh a willing witness or some have it a whistle blower, mysteriously plunged to his death.
Their initial customary drill blaming the MACC, the BN, Najib, Rosmah and everyone else except themselves, crying out for a RCI fizzles out when Najib not only complied with their RCI request but more, a RCI for MACC SOP and an Inquest for the cause of Teoh's death. Najib is not about to play into the PR hands and provides leeway for them to confuse issues, he limits the scope of the RCI.
The Tan-from-Kajang-guy initial public statement that he saw Teoh at 6.00 am on the day of Teoh's death is damning, that makes him the last person to see Teoh alive and that is a serious thing in a sucide investigation. Following that his refusal to give statements to the police after making a police report on the MACC doesn't do any good to PR case either.
The early confusion gone, their bearing returned and it must have dawned on them that the Teoh saga is going to hit them like tumbling bowling pins hit by a bowler's strike and they sure looked like kucing kuraps on a hot tin roof now.
In what seems to be a desperate act of self preservation Tan-from-Kajang-guy finally filed a lawsuit against the MACC for unlawful detention. Must be some funny detention to be allowed to loiter around the pantry and slept on the office couch and of course allow to go home, Tan-from-Kajang-guy made it home didn't he?
It's just some nuisance lawsuit to weigh down the process of justice and to heightened the confusion that already is, while they huddle to come out with more of their scheming and lies to salvage their disastrous fortune or rather misfortune.
Well folks! some semblance of the truth will be out soon, the police investigation is about done and the Inquest on Teoh's death is going to start around next week.
In the meantime, lets just sit back, relax and enjoy the theatrics of the PR Kucing Kuraps On A Hot Tin Roof.
Posted by Wah Al-Subangi at 10:07 AM