Of today and single supermoms

Folks! Today is an important milestone in history. Today, a black man Barack Obama, who as a kid was deserted by his father will be inaugurated as the President of the USA. For four years at least starting now, he will shape events and effect people lives globally the way no one else can.

His, is a cinderella story that will be told and retold again and again to inspire the downtrodden to scale great height of achievements against all the odds. But today is not about Barack Obama alone. It is also about his mom Ann Durham who died of ovarian cancer in 1995 who must have been a great influence on him growing up and shaped him to what he has become today.

The fact that she raised him almost single-handedly in a difficult, racially tensed environment of that time and saw him graduated from Havard Law School, got elected to the US Senate, and his ascends today to the pinnacle - the office of the President of the USA, just say as as much about her as it is about him. 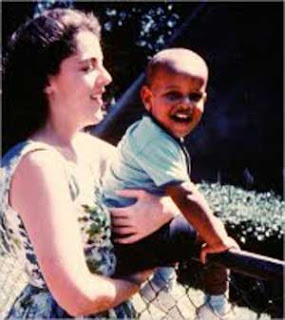 I can only imagine how proud she must be, if she is stilll alive to see her half-breed son up on the highest rostrum taking the oath of the most powerful office in the world. It is an emotion I would not really know about because I am far from being a single supermom raising over-achieving kids under difficult conditions. My dearest friend Lisa would know, in time I am sure! She is a single supermom doing an 'Ann Durham' to her kids and her kids I am sure will grow up to be 'Obamas' for her.

Yes folks! Today is also about the Ann Durhams of the world, about Lisa and about the unsung single supermoms out there who are 'Ann Durham'ing their own 'Obamas'. Thank GOD for them, the world is a better place. As for Barack Obama, let's hope he'll be a US President that provides a benevolent leadership that the whole world is in dire need of at this particular point in time.